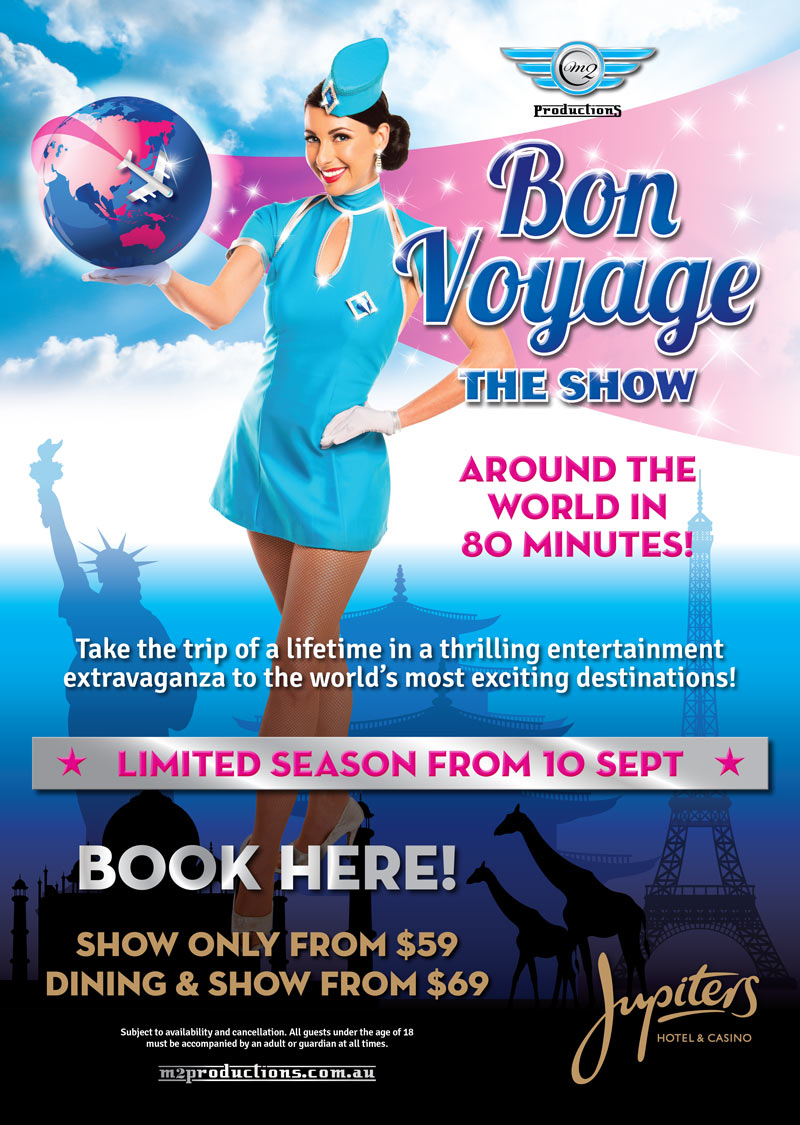 “Anything one man can imagine, other men can make real”

Jules Verne, Around the World in Eighty Days

In Jules Verne’s Around the World in 80 Days Mr Phileas Fogg’s balloon trip created a magical adventure for us all. In 2014, producer extraordinaire Mr. Michael Boyd will relive that journey in song, performance and magic, assisted by thousands of sequins, feathers, high kicks, top hats, tails, animals and fire!  Introducing Bon Voyage – The Show, opening at Jupiters Theatre on the Gold Coast from September 10 for a limited season.

With the magic of the world’s greatest destinations as the setting, Boyd’s Bon Voyage celebrates the mystique and elegance of old world adventure – from Broadway to Bangkok, from Africa through India and the colour of Bollywood to the romance of Parisian cabaret, with the final destination being the wonder that is Australia.

A world premiere season, Bon Voyage stars 13 world-class performers, a snake and an equine superstar direct from Canada’s blockbuster touring show Cavalia, on stage at Jupiters Theatre in a kaleidoscopic Las Vegas style revue that will take audiences around the world in 80 minutes! 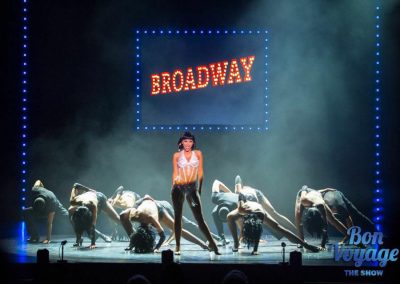 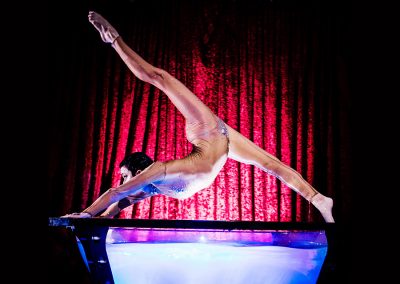 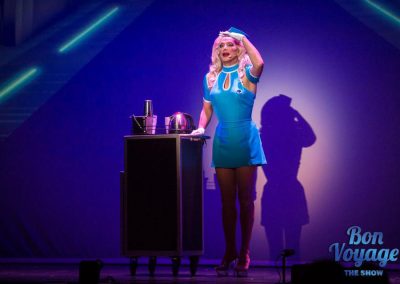 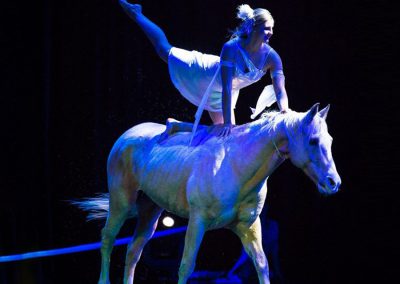 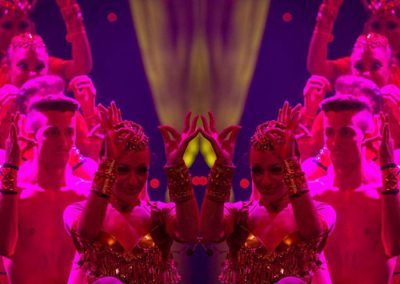 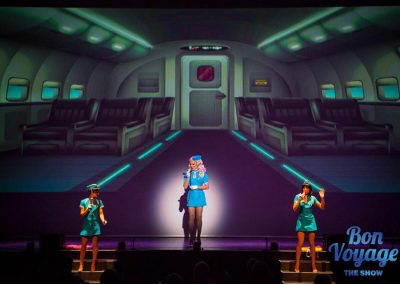 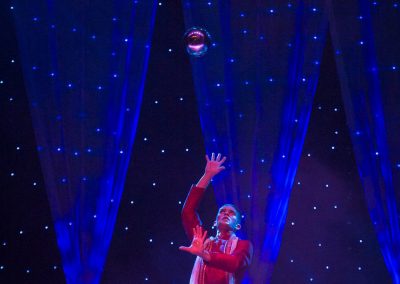 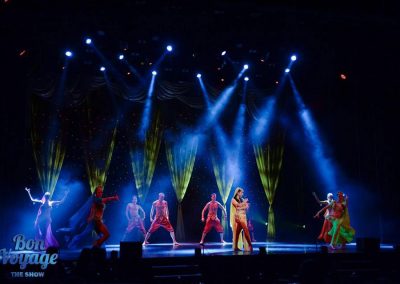 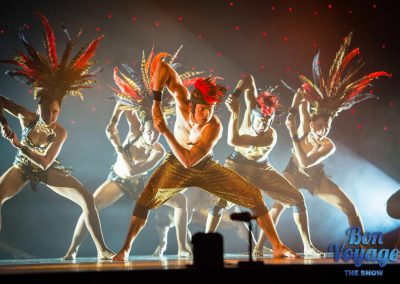 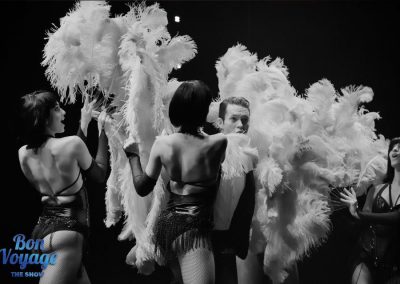 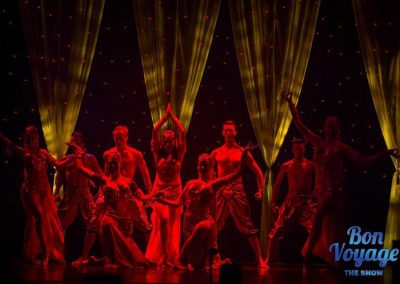 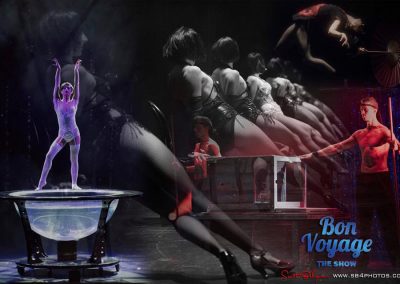 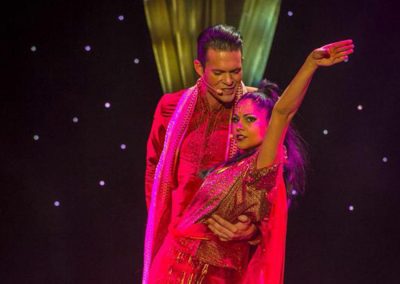 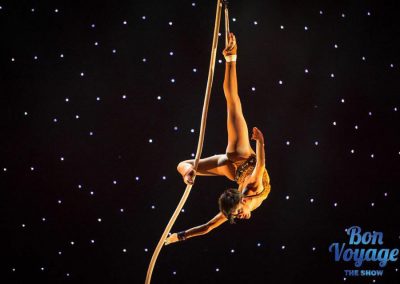 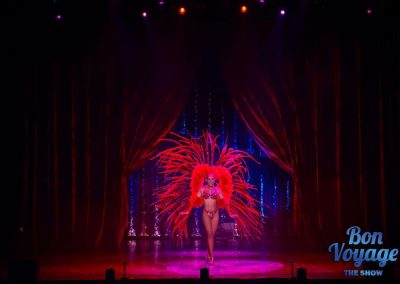 Interested in booking a show for your venue or event?

We would love to spark up the conversation.